We love to spread the good. There can never be enough of it and we firmly believe that completely immersing ourselves in the good only spreads the positivity as it becomes a part of our daily routines, opening our eyes to the good, and the possibilities of what we can do to spread it.

1: The Golden Labrador Who Keeps on Giving 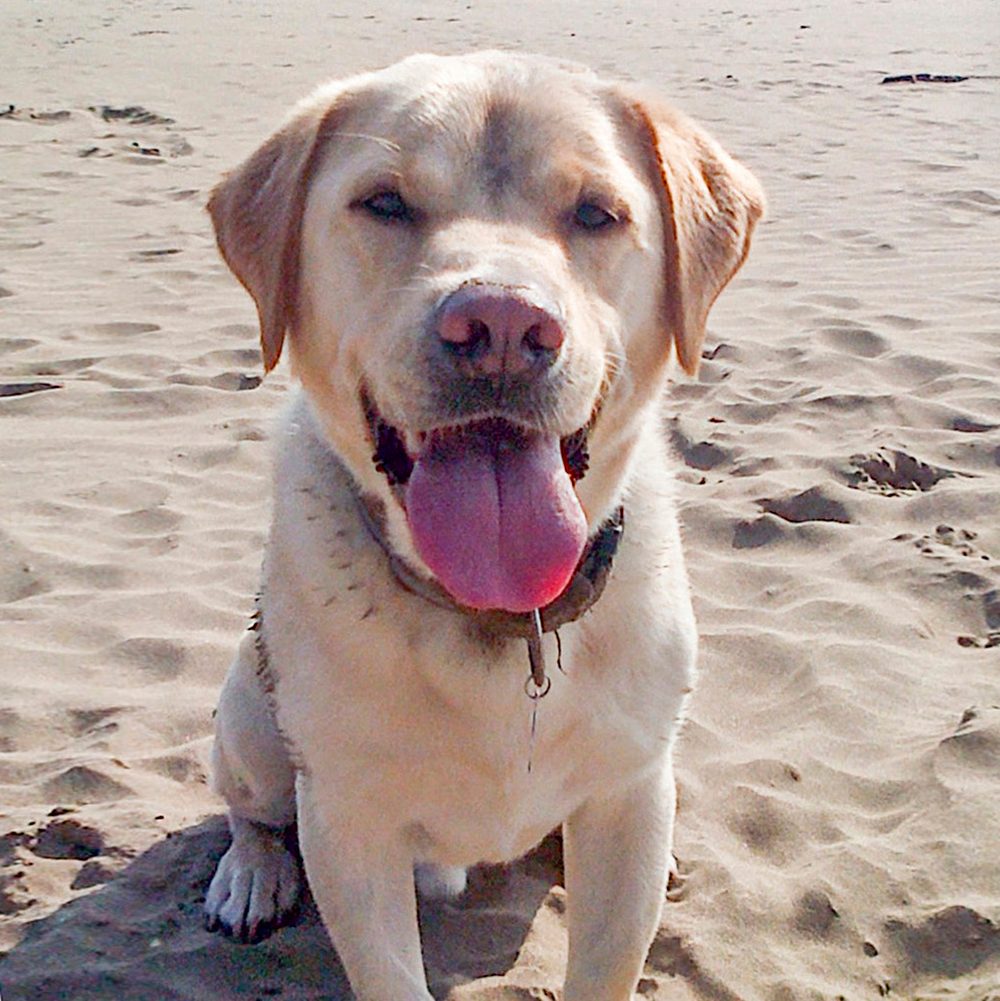 Stumpy (above) is a handsome labrador who was destined for a career as a guide dog. Sadly, problems with a deformed leg meant it wasn’t to be. But then Stumpy found a new way to help others: by giving blood.

The nine-year-old labrador has saved more than 100 canine lives since the age of one by donating blood for emergency transfusions.

Stumpy has been crowned the United Kingdom’s most prolific blood-donor dog. He has a negative blood type which is especially valuable because it allows his blood to be given to any dog.

Stumpy’s owner, vet Elly Pittaway, says: “Stumpy obviously has no idea what he’s doing it for, but if he did, I’m sure he’d be very proud of himself.” [Source: Daily Mail, BBC News]

Check out these heartwarming stories of dogs who saved their owners’ lives. 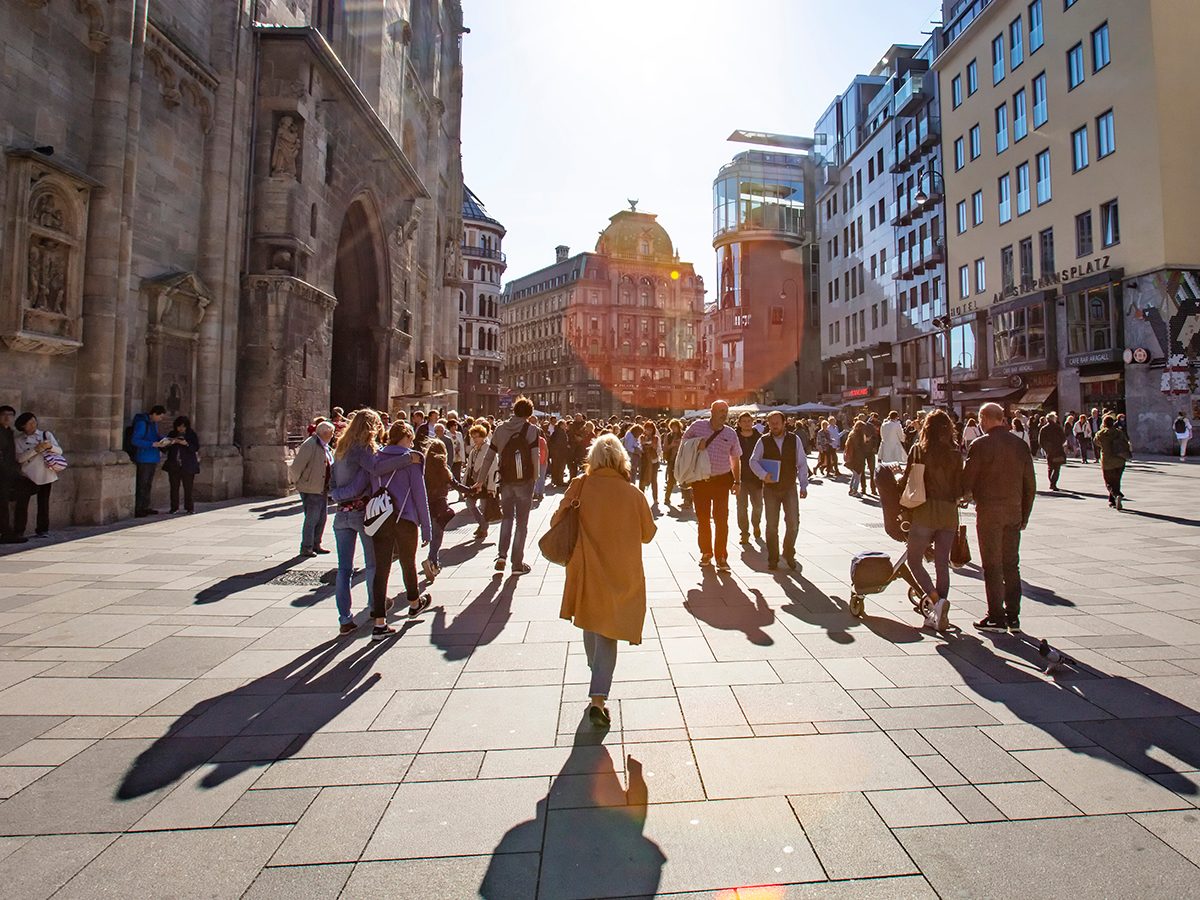 Vienna is set to reward those who get around the city on foot, by bicycle or by public transport instead of using their cars. The Austrian capital is trialling a smartphone app that uses motion-tracking to measure the distance covered and the CO2 saving made.

When users have saved 20 kilograms of CO2—the equivalent of about two weeks of walking, cycling or using public transport—they receive one “culture token”.

Tokens can be exchanged for free tickets to four cultural venues: the Volkstheater, the Vienna Museum, the Kunsthalle and the Konzerthaus.

“We want to reward CO2 reduction with a cultural experience,” says Vienna city council member Peter Hanke. If the trial is a success, the scheme will be rolled out to the entire capital. [Source: The Local]

3: Portugal Teaches World How to Deal With Drugs 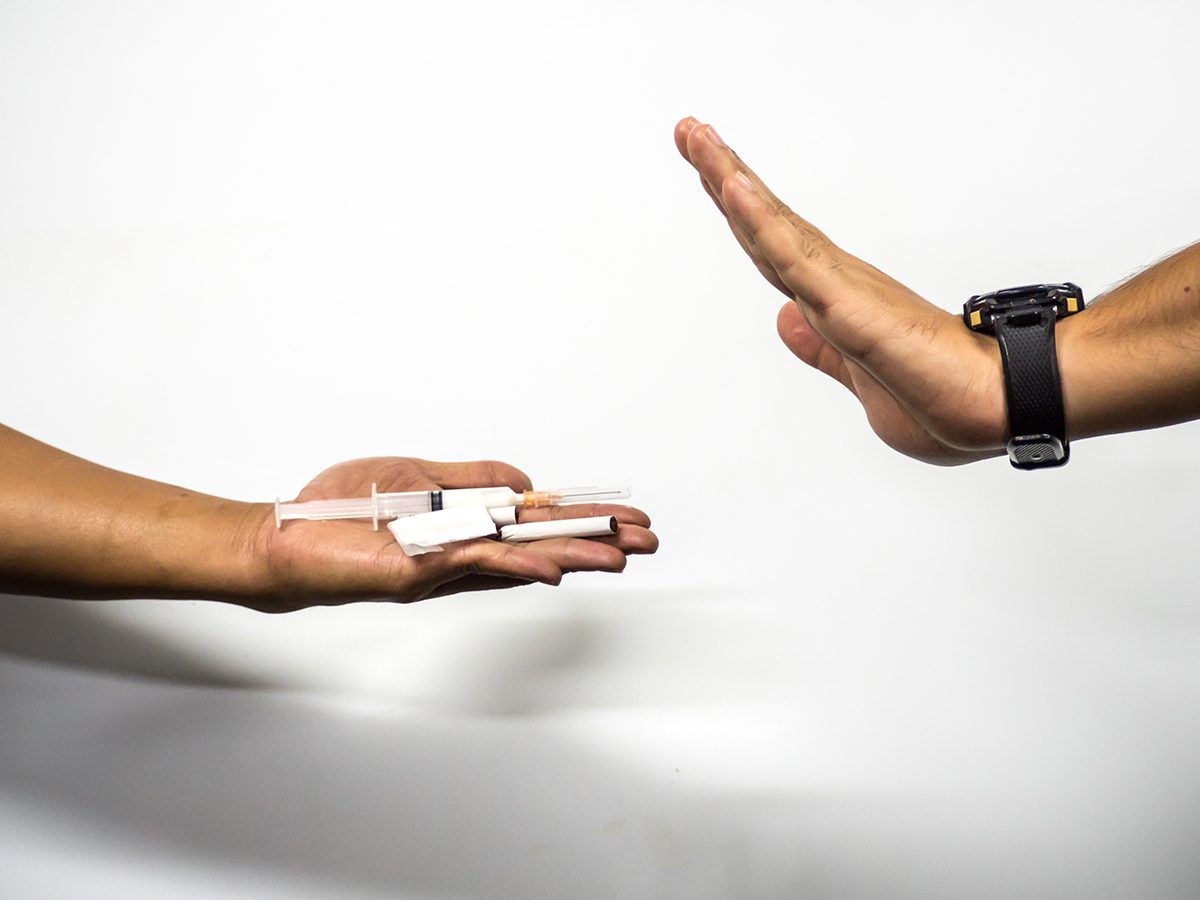 As many countries struggle with escalating rates of drug addiction, Portugal has successfully reduced overdose deaths by more than 90% since 1999 as a result of a radical shift in its drugs policy.

The country had a serious addiction problem in the 1990s, but then decided to decriminalize all drugs. Rather than being arrested and possibly jailed, those caught with no more than a ten-day supply instead received a warning, small fine or were told to report to an official about treatment.

Under Portugal’s drugs czar João Goulão, needle exchange programs and easy referral to treatment were stepped up. “The policy is to treat each individual differently,” says Goulão. “People are considered as a sick person and they must access treatment with the same dignity as people who suffer from other diseases.” 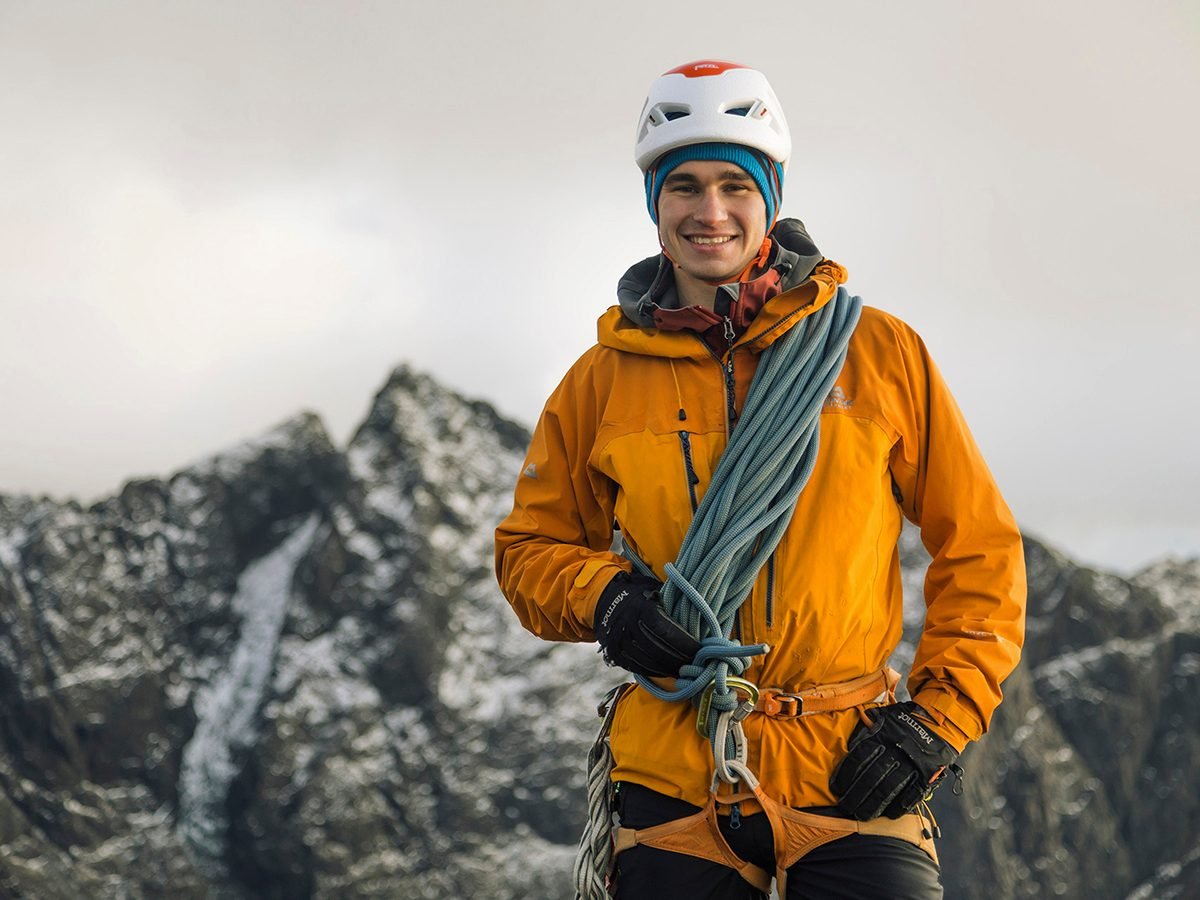 They dug in, waited for two days—and then an avalanche buried them six feet deep in snow. Undeterred, Miller (above) used his teeth to rip the tent fabric, crawl out and claw his way to the surface. In freezing temperatures, he dug Normand out of the snow and the pair then dug out their broken tent. Sadly, their fellow climber Christian Huber had died from suffocation. The survivors spent two days waiting for better weather before they were finally airlifted to safety by a military helicopter.

For his bravery, Miller, a geology graduate, has been awarded the Scottish Youth Award for Excellence in Mountain Culture. “I am really delighted and humbled to be receiving the award. It is a big surprise,” says Miller modestly. [Source: Daily Telegraph]

5: The musician inspiring a new generation 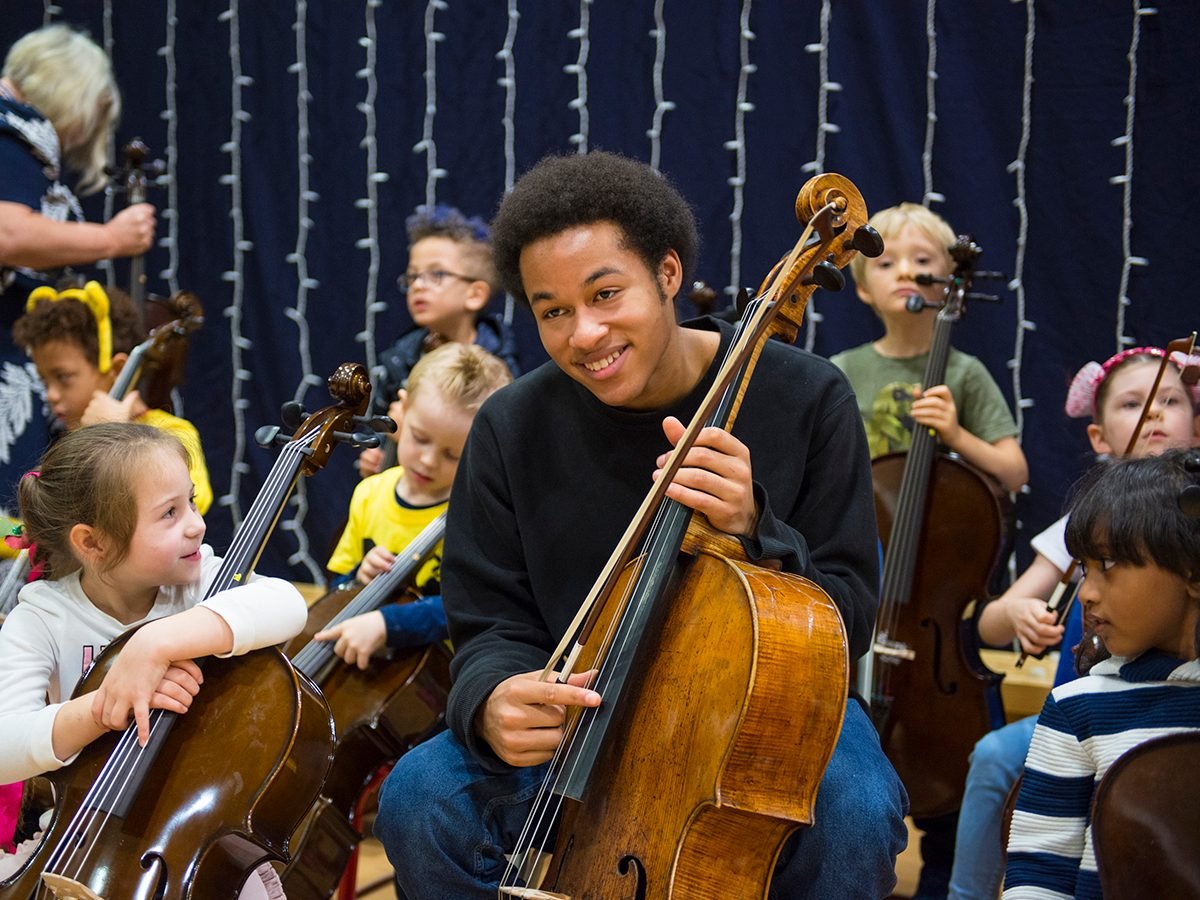 Twenty-one-year-old British cellist Sheku Kanneh-Mason first won attention aged 17 as the first black musician to win the prestigious BBC Young Musician of the Year competition. But it was his performance at the wedding of the Duke and Duchess of Sussex in 2018, watched by a global audience, that made him famous.

Now, thanks to the so-called “Sheku effect”, a new generation of young cellists is emerging, with Britain’s National Schools Symphony Orchestra reporting a 68 per cent increase in applications from young cellists.

Kanneh-Mason is using his celebrity to lobby for more music education in British schools. “It needs to be taught more, and better,” he says. He regularly visits schools to perform with young musicians. “I work with many children who wouldn’t have had access,” he says. “There’s so much talent among young people that needs to be combined with opportunity.”

Audiences in Britain and Germany will get a chance to hear him in concert this summer before he departs for a major tour of Australia followed by performances in Los Angeles, and at Carnegie Hall in New York in October. [Source: I Newspaper/BBC News/The Guardian/The Big Issue] 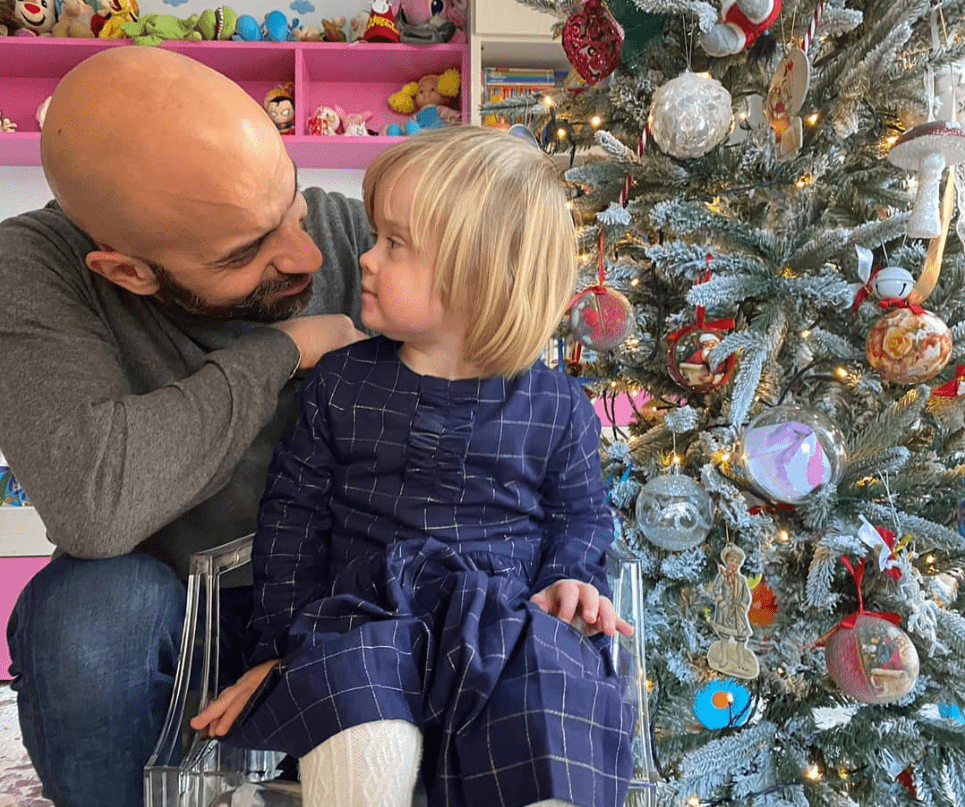 Naples resident Luca Trapanese had long wanted to adopt a child, but that presented problems for a gay, single man in Italy. “I was told that I’d only be given a child with an illness, a severe disability or with behavioural problems,” says Trapanese, 41. But he didn’t hesitate when an orphanage called to say they had a month-old baby called Alba with Down’s Syndrome that had been abandoned by its mother and rejected by 20 potential adoptive families.

Trapanese says: “Since I was 14, I have volunteered and worked with the disabled, so I felt I had the right experience. When I first held Alba in my arms, I was overcome with joy.” Trapanese has documented his and his daughter’s life together over two years on social media–challenging stereotypes about fatherhood and the idea of family. “I didn’t mean it to be that way,” he says. “This is nothing but our life story.” [Source: Metro/BBC News] 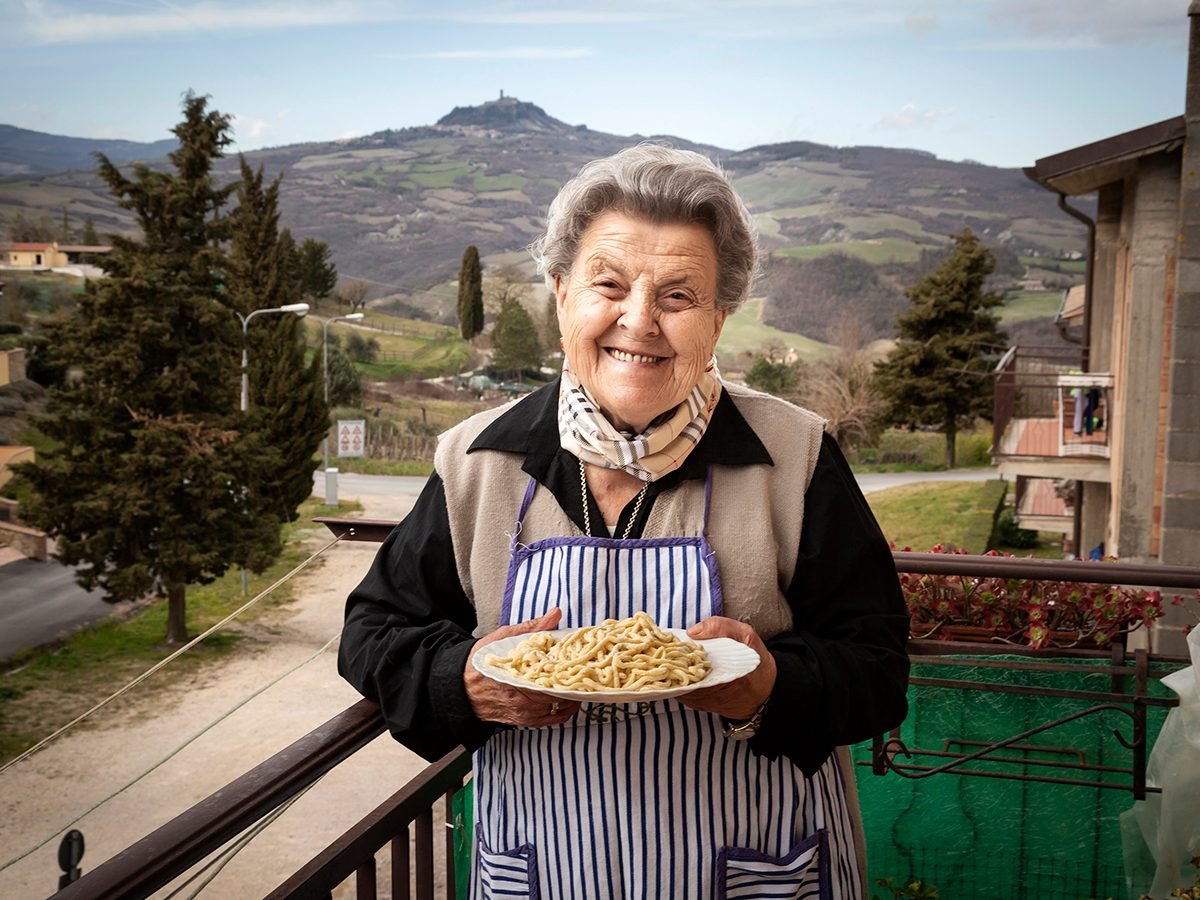 A filmmaker’s project to capture the art of handmade pasta has turned the so-called “pasta nonnas” featured in her videos into a social media sensation.

Since moving to Italy’s Le Marche region, Vicky Bennison, a former international development worker, has filmed more than 200 nonnas (grandmothers) over the past four years making all sorts of pasta, from gnocchi in the Italian Alps to orecchiette in Puglia. Her YouTube channel featuring the “Pasta Grannies” has become a runaway hit, racking up 455,000 subscribers.

“The grannies are the last generation that had to make pasta every day to feed their families,” Bennison says. “I wanted to celebrate older women and their experiences. These women are survivors.” They include Tuscan nonna Giuseppina Spiganti, 93 (above), who shows YouTube viewers how to make spaghetti-like “pici” pasta. The videos are a kind of oral history, often recording unique recipes.

But it’s the grannies themselves who have won global appeal. “It’s not about pasta-making really,” says Bennison. “It’s more like a warm hug.” [Source: The Times] 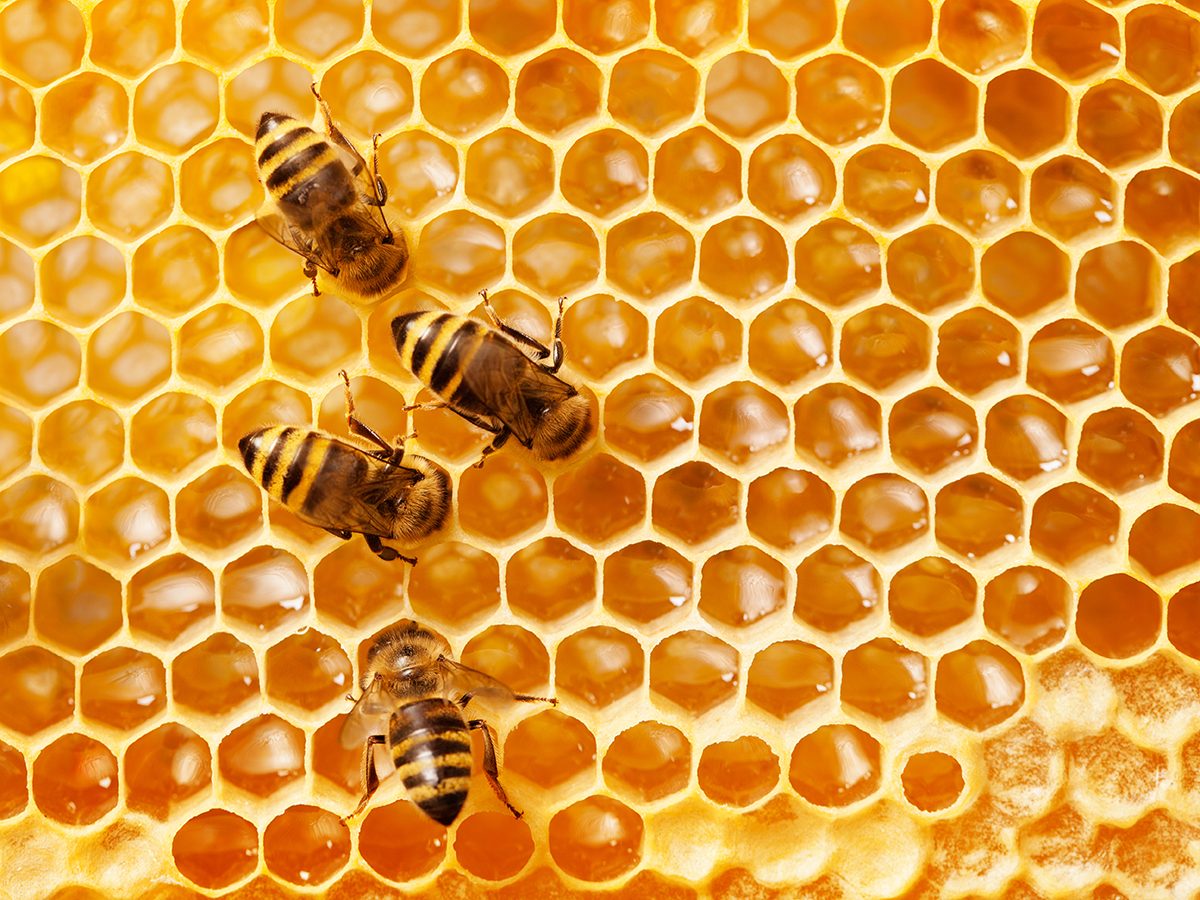 The Dutch city of Utrecht has turned more than 300 of its bus stops into shelters for bees. These “bee stops” now have green roofs planted mainly with sedum, a drought-resistant plant favoured by pollinators, which also captures dust and rainwater. The new bee-friendly stops are cared for by a team of workers who use electric vehicles. [Source: Metro]

Find out what you can do right now to help save the bees. 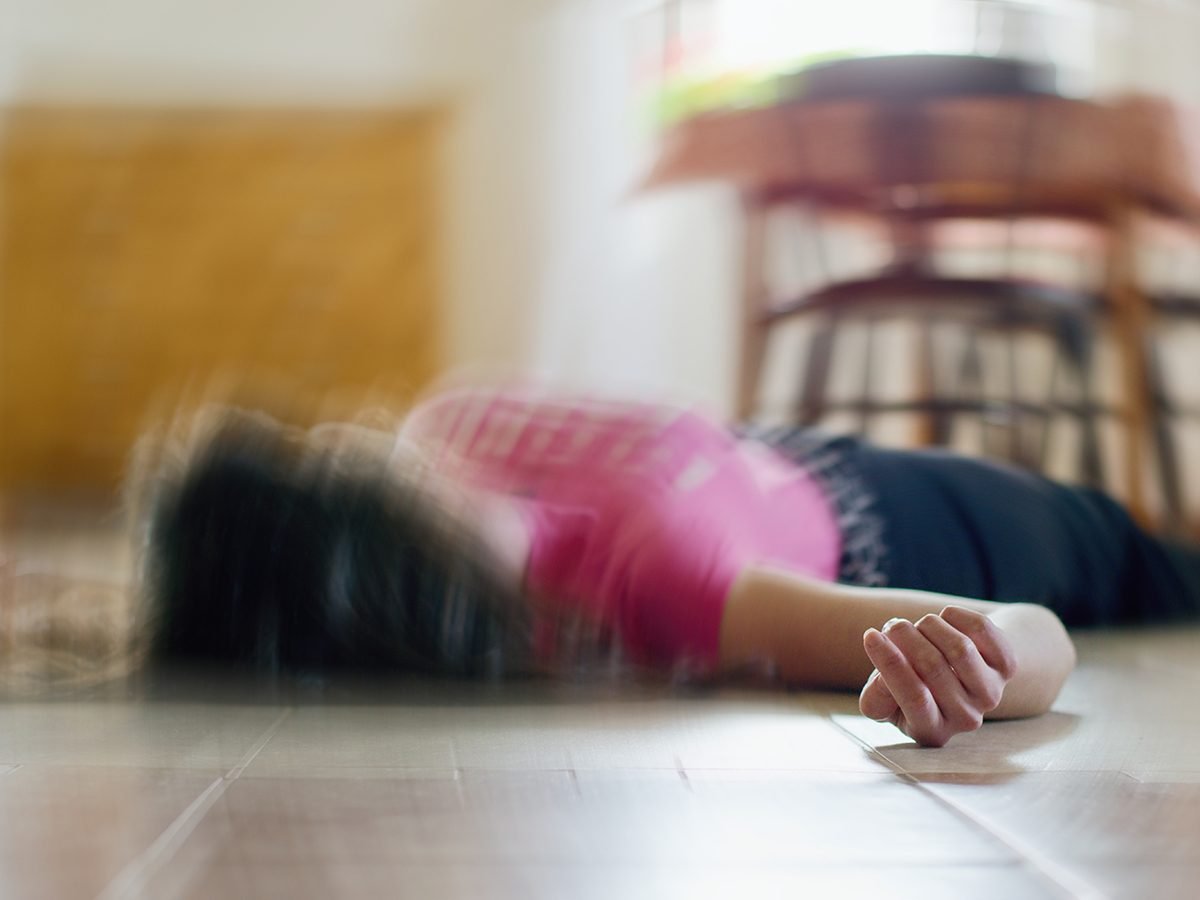 Damien Galvin was on his way to work near Cork, Ireland, when he was surprised to receive a FaceTime call from his daughter, Priya. The five-year-old, who had recently learned to use FaceTime, rang in tears to raise the alarm that her mother had collapsed at home.

“She said Mammy was drinking her tea and now she was on the floor,” Galvin said. “She turned the camera around and I could see my fiancée was very distressed. She couldn’t get up.” Mary had suffered a stroke. Galvin was some way from home so he urgently rang Mary’s sister, who sent her husband to the house.

The front door was locked but Priya managed to open the backdoor latch and let him in. An ambulance took Mary to hospital, where doctors credited Priya’s quick thinking with saving her mother’s life. “With a stroke, time is precious,” Galvin said later. “My daughter doesn’t know it, but she’s a hero.” [Source: The Journal]

10: Beavers return to Britain and could help prevent floods 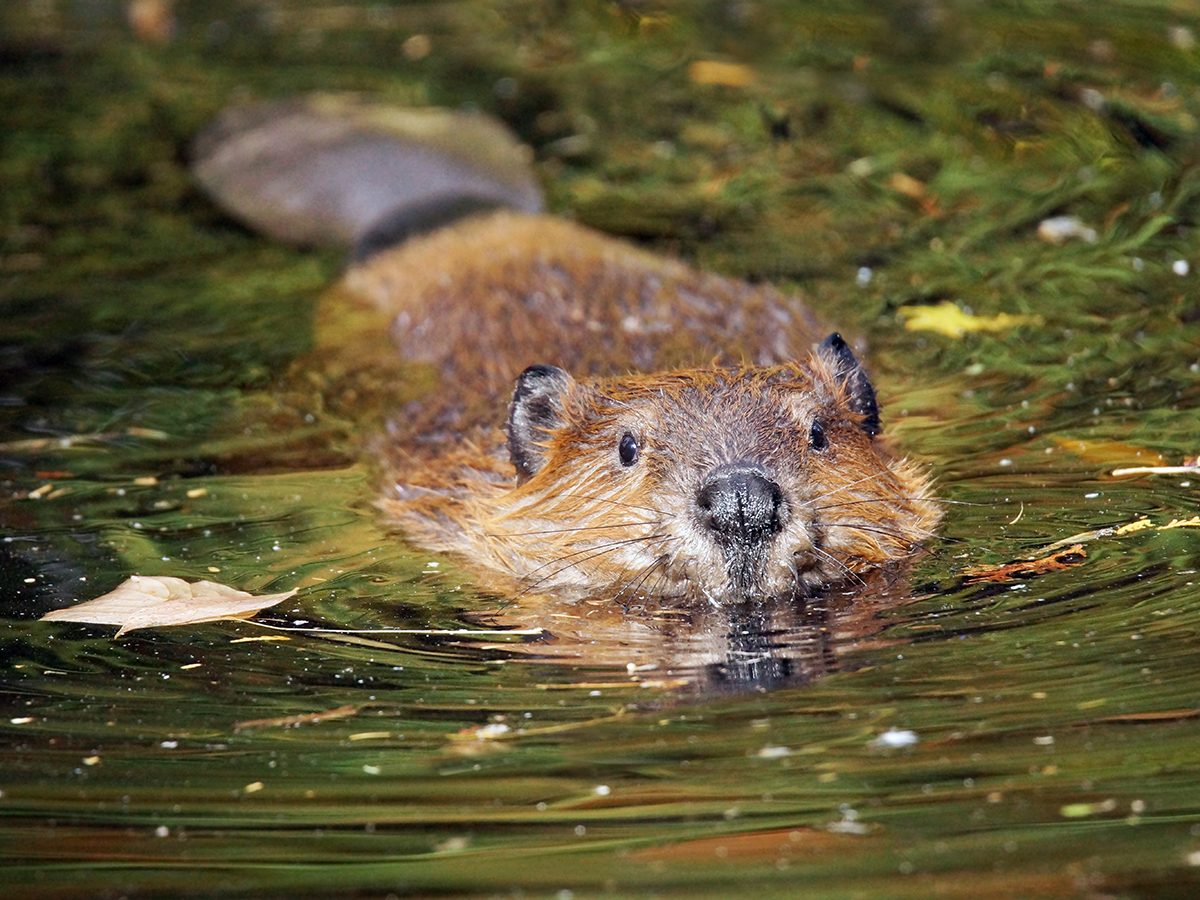 Hunted to extinction in Britain 400 years ago, the water-loving beaver is being reintroduced in “trial” enclosures across England.

A British government study suggests the herbivorous rodent’s habit of building dams in rivers could help prevent flooding by drastically slowing the flow of water as well as purifying water polluted by agricultural fertilizer.

The beavers are being sourced from the wild population in Scotland, where they were reestablished as a native species four years ago.

Ecologist Derek Gow hails beavers as “ecosystem engineers”. He says, “They turn landscapes that are largely dead into environments that wildlife can recolonize.” [Source: The Guardian]

Check out these amazing animals that were discovered only recently!

That’s it! We hope this list has brought a smile to your face, brightened up the room, and inspired you to go out in the world to do and spread the good. There can never be too much of it.

This article was repurposed from ReadersDigest.com. It is a portion of a listicle titled ’96 Good New Stories’. Huge thank you for putting the list together.

If you know of or have resources or tips that others could find useful, feel free to send them our way using the contact form on the Share with Us Page.

Writing Letters to the Elderly

Rising Up Across America

With most gyms and fitness centers being closed do

Many companies and websites have stepped up during

Sidewalk chalk is the MVP of kids' toys. It is ine

Going out and catching an air show during the Summ

Here are some easy magic tricks that kids at home

It is important for kids to be reading at least 20

At this stage of social distancing a change of sce